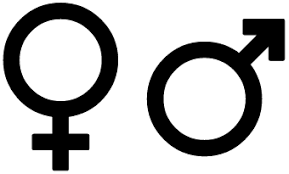 In the last post, we left off in medieval India, where women suffered from much oppression. The very identity of India was to undergo a transformation with the advent of colonialism and imperialism; the lives of India’s women was to be transformed too.

The British looked down upon Indian customs like sati, purdah and child marriage, but initially, during the 16th and 17th century, they largely ignored these social ills, as they were in India, primarily for trade and profits. Abbe Dubios, a French missionary who came to India and studied Indian culture, said ‘A Hindu woman can go anywhere alone, even in the most crowded places, and she need never fear the impertinent looks and jokes of idle loungers’. (Is there a benefit in safety when there is no freedom?)

This is not to say that there were no efforts by Indians to alleviate the condition of women. The misery of Hindu widows touched some hearts; Raja Sawai Jai Singh of Amber (18th century builder of astronomical observatories) and Maratha general Prashuram Bhau tried to promote widow remarriage, but they failed.

Change began with the efforts of Raja Rammohan Roy (1772 to 1873), the father of Indian renaissance, a man very much ahead of his times, the type who bring revolutions in society. He described Sati as ‘murder according to every shasthra’; he carried out political protests as well as protests in the cremation ghats against the practice. His efforts finally bore fruit when the British prohibited sati and criminalised it as culpable homicide. Ishwar Chandra Vidyasagar, also a Bengali social reformer, carried out similar and intense efforts to promote widow remarriage, leading to the passage of Hindu Widow Remarriage Act. Another reformer, Professor D.K Karve, married a widow himself against great opposition by orthodox elements of society, to mainstream the idea of widow remarriage. These are only few of the many people, who tirelessly worked for the upliftment of women, awakened by western education and inspired to change India for the better.

Acts were passed, making registration of births compulsory, to prevent female infanticide. Alongside these, Christian missionaries and Indian social workers, opened schools and colleges for the education of women, the first of them being, Calcutta Female Juvenile Society in 1819. Kadambini Ganguly became the first lady graduate in South Asia (1882) and Anandibai Gopalrao Joshi, the first woman physician in British India.

The Swadeshi movement, launched against the first partition of erstwhile Bengal, created the first flames of political awakening among Indian women. Women participated in protests and marches; they picketed liquor shops and burnt foreign cloth. As the intensity of the freedom struggle rose, so did the voice of women. They faced lathi charges, sold their gold to contribute funds, discarded Purdah and went to jail. Notably, young Indian women joined revolutionary organisations, which believed in individual acts of heroism, to liberate India from under the foreign yoke. Pritilata Waddedar was killed while she was conducting a raid on a European club. Santi Ghosh and Suniti Chanderi, school girls of Cumilla in Bangladesh, shot dead the district magistrate.

By the beginning of the 20th century, women’s organisations were formed and women themselves started working for the emacipation of their kind. In 1910, Sarla Devi Chattopadhyay set up Bharat Sthree Mahamandal, the first women’s organisation started by a woman. Educated women were no longer a taboo, especially in the urban India.

Women leaders like Aruna Asaf Ali, Sarojini Naidu and Usha Mehta played a seminal role in bringing liberation to India. In the constituent assembly, members like Rajkumari Amrit Kaur ( first health minister of India) and Suchetha Kriplani gave voice to the women of India. Indira Gandhi became one the first women, to become the head of a country. The Hindu Code Act, which lay down personal laws for Hindus, empowered women in the domestic sphere, with measures like prohibition of polygamy ( Minorities were left to follow the personal laws as dictated by their religion). In the late 19th century, popular women’s organisations like SEWA ( Self-Employed Women’s Association) were instrumental in fighting for women’s causes like dowry harassment, providing legal and financial aid as well as employment for oppressed women.

Similar to the advent of British to India, a second transformation of Indian society took place, with the coming of Liberalisation, Globalisation and Privatisation. The modern Indian woman, a professional woman, but one who has to navigate the varied complexities of Indian society, was born. What is her story? In the next post!