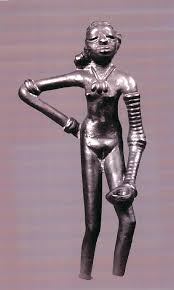 The other side of the coin

Why did the people of the Indian Subcontinent never have any imperial ambitions? The region has been ruled by foreigners since 1206 (beginning of the slave dynasty) if you consider foreign rule as one by people who came from outside the country. Under the same consideration, Kanishka, the Indian ruler who convened the 4th Buddhist council, was an Indo-Greek. The Shaka samvat, the starting point of the Hindu calendar system, began with the ascension to the throne in Ujjain, of Shaka king Chashtana, who was an Indo-Scythian.

India was a land of plenty. Throw a seed anywhere and it would sprout. Fertile soils, great rivers, beautiful landscapes and a superior civilization- this was what the foreigners, who came to India, encountered. When we had everything we needed, why go elsewhere at all? In fact, Babur, the founder of Mughal dynasty in India, came from Central Asia on the request of the Rana of Mewar in Rajasthan, to fight against Ibrahim Lodi of Delhi. But he decided to stay on, obviously captivated by our riches, and his successors ruled over India for 300 years.
For the same reason, India has always invited outsiders with open arms, confident that the rich land can provide for all. Perhaps this was the starting point of the philosophy ‘Vasudaiva Kutumbakam’ (the world is one family), from the Mundaka Upanishad. Of course the downside was colonization and oppression of Indian people for 200 years by the British.

The driver of discovery

What was it that drove Mahmud of Ghazni, a prince from Central Asia, to plunder India 17 times? The primary reason was to fund his wars in Central Asia. Why did wave upon wave of Central Asian tribes like Aryans and Mongols settle in different lands like India and China? Central Asia was a semi-arid and inhospitable, spurring its people to look for greener pastures.

Similarly, the imperial ambitions of Europeans began with the need for spices and cotton from East and South Asia. Spices and cotton were difficult to cultivate in the cold climates of Europe. Arab merchants raked in money by acting as middle-men in this trade between Europe and Asia. This Europeans were desperate to circumvent the Arabs and hence began the naval expeditions by Venice and Portugal, to find a sea route to India. Vasco Da Gama landed in Calicut in the 16th century and the rest is history. In fact, the term for foreigners (primarily the Romans) in ancient India was ‘yavanapriya’, which meant pepper-lover.

When the going gets tough, the tough get going

Islam took birth in 6th century Arabia and witnessed its Golden Age under the Abbasid Caliphate, with flowering of Arabic literature, science and architecture. The Turks were a collection of loosely organized nomadic and semi-nomadic tribes in southern Siberia and Mongolia, a region with harsh, extreme climate. Driven by shortage of resources, they were at constant war with each other. Islam united these warring tribes and soon, Turkic Islam supplanted Arabic Islam, primarily because battle-hardened Turks could wage Jihad better.

The Turks set up several dynasties in conquered lands like the Slave dynasty in India, Mamluk dynasty in Egypt and Syria and so on. The Turks migrated to the west in many waves and today, make up a very significant part of Central Asia, the Middle East and Turkey. While their reach and spread has increased due to their tough and war-like nature, is it one of the reasons for the ravaging of the Middle East by continuous warfare? Can it also be a reason for greater religious fanaticism among Muslims, compared to other religions?

Closer home, the Rajputs were a heroic people who were able to hold out against Mughal invasion when the rest of India fell, one by one. Maharana Pratap of Mewar continued with guerilla warfare, after defeat in open war with the Mughals. He did not allow the Mughals to impose humiliating treaties upon him even though Mewar was repeatedly defeated. In the treaty between them, the Rana was to never attend Mughal court personally. Perhaps, growing up in the harsh desert-like climate of Rajasthan was a force behind the Rajput resistance.

Is it connected with development?

The Government of India until recently used to provide more funds for development of ‘Special Category States’ due to their relative underdevelopment. One of the criteria for grant of this status was hilly terrain. In India the southern and north-western states are leading in socio-economic development. While the north-eastern states (hilly regions) and central India (semi-arid areas like Bundelkhand, Jharkhand, and Chhattisgarh) are lagging behind. Within states also, disparity exists. For example, Hyderabad Karnataka, Saurashtra region of Gujarat, Vidharba region of Maharashtra and non-coastal Andhra Pradesh are less developed compared to other areas in the state. These regions are characterized by less rainfall and more temperature extremes.
This inequality in development and backwardness in society is obviously a consequence of economic hardships. Inhospitable geography and climate make productive economic activity difficult to take off. Without the discovery of oil, the Persian Gulf countries would probably have been little better off than Sub-Saharan Africa.

Of course, it cannot be concluded that the people inhabiting an inhospitable region can never overcome the disadvantages posed. A shining example is Israel, a Middle-Eastern country. It is a modern, developed secular democracy, as well as an economic and innovation powerhouse. To cope with its arid climate, it has developed several water conservation technologies and their water systems are completely independent of rainfall. We need more such examples around the world.